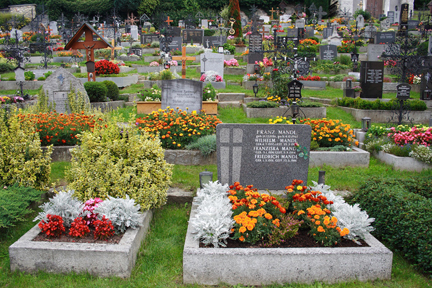 The issue of running out of space is being experienced worldwide.

In Asia, families used to rent a family plot for 50 years, now only ten years is permissible, which is quite expensive when you consider that it’s not a permanent solution.  For the last three years the Chinese government has been paying families the equivalent of one year’s annual wages to opt to have their loved one buried at sea rather than being buried on terra firma.

In America, some 3.2 million Americans die each year, almost half of those are cremated, up significantly from just ten years ago. In MA alone, that death rate equates to about 60,000 per year needing a resting place.

According to National Geographic and Scientific American American funerals are responsible each year for the felling of 30 million board feet of casket wood from  thousands of acres of land, 90,000 tons of steel – enough to make a bridge the size of the Golden Gate, 1.6 million tons of concrete for burial vaults enough to build a 535-mile highway, and 800,000 gallons of embalming fluid. What’s more, these materials take decades to decompose in the soil, at which time the chemicals used can seep into communities’ soil and groundwater.

The increasing demand for more natural burial practices has initiated changes in the industry.  Earth friendly funeral homes and cemeteries across the country have started to adopt greener ways of operating.

Natural Burial Grounds were pioneered in the UK meaning no casket, embalming or vault. In New England they are available in Maine.

Almost half of all Americans live within 20 miles of the ocean.

Burials-at-sea are an age old tradition that is available at many different locations in the USA and with many different customs, either by ship or by aircraft. Usually, the captain performs the ceremony.  Affordable, memorable, cleaner (cremated remains are sterilized minerals) and consequently more friendly to our planet.  A memorable place in or at the the ocean becomes the family grave marker monument.

The ceremony may include burial in a casket (embalming not required) or the preferred eco friendly sailcloth shroud, burial in an ocean friendly urn or scattering of the cremated remains by family aboard a vessel. Burial at sea by aircraft can be done with cremated remains. Other types of burials at sea include the mixing of the ashes with specialized concrete and deploying the man made reef system, called the Great Burial Reef overboard to form an underwater life sustaining reef for the spawning and protection of future generations of aquatic life.  A good thing all around.