Trends in cremation expected to exceed 78% by 2035

Capt. White reported that the convention opening keynote address was quite eye opening by addressing the following trending statistics: 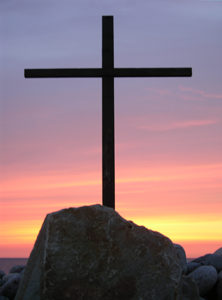 The same week that the NFDA convention shared cremation statistics, the Vatican released the new, “Ad resurgendum cum Christo”, regarding the burial of the deceased and the conservation of the cremated remains, approved by Pope Francis in March 2016 and announced this past Tuesday. Essentially, the Vatican has ruled that ashes of Catholics can only be stored in sacred places such as cemeteries and can’t be scattered. Nor may the ashes be conserved in a domestic residence. This new Catholic scattering “ban” intends to include scatterings on land, sea or air as well as forbidding the division of ashes among family members.

“The decision of a final resting place is very personal and there are many Christians who choose to scatter their loved ones’ cremated remains at sea,” said Capt. White.

Choosing Cremation & Ash Scattering
For more than a decade, NEBAS has provided customized ash scatterings at sea or via air and full body burials at sea and served families from ALL cultures and creeds on both coasts of the USA and will continue to do so.

“Many families prefer cremation to inground burial because of reduced cost and the convenience of a family to grieve with their loved one’s cremated remains at home while giving them time to split off some remains to other family members and or to determine how, when and where to place their loved one in their final resting place,” said White.

“Part of the increase in cremation is due to environmental concerns about in-ground burial, which not only takes up limited space, but can leach embalming fluid into the ground negatively impacting the environment including potable water aquifers near burial sites,” noted White.

With an approximate US death rate of 1% annually, we Americans use each year

In addition, White said, “The earth consists of two thirds water and so are our bodies. A scattering at sea is the natural next step to one’s final wish for disposition, especially since 175 million Americans live within 10 miles of the water. Many people tell us that they want the energy of their body (cremated remains are sterilized minerals) to go back into the ocean.”

Scott Leone, former Professor of Oceanic American courses at Quinnipiac University in Connecticut and current search engine optimizer at NEBAS, said “The sea is a holy place that predates all religions by millions of years and she does not get involved with religious doctrine or economics. She neither makes policy nor amends the laws of mankind. The sea is the source of all life on earth; her ocean currents circulate and precipitate across all terrestrial continents and their peoples. Reverence for the sea is a sacred trait of all mankind.”

New England Burials At Sea® LLC (NEBAS) is the largest properly insured and USCG licensed USA provider for customized ash scatterings at sea or via air and full body burials at sea serving families from all cultures and creeds on both coasts of the USA for groups up to 400 people since 2006. Based in Marshfield Hills, MA, the company operates year round from Maine to Miami and from San Diego to Seattle, departing from over 60 ports with 85 different vessels that are clean & current with the latest safety gear with personalized and affordable services. They are recognized by the EPA, US Navy, U.S.C.G. and over 1,500 funeral homes and crematories across America who have taken advantage of their Sea Burial Certified™ training programs. The company also created, designed and manufactures the ocean friendly Atlantic and Pacific Sea Burial Shroud™ for full body burials at sea.

At sea events include a memorable at sea tribute that families participate in including an eight bell end of watch yacht burgee blessing with a ten-gauge cannon salute as the ship circles the flower field. Included is an official ship’s parchment sea burial certificate marking the coordinates of the decedent’s final resting place with many more options to choose from.