Burials At Sea – Optional MUSIC and Bagpipes
Musical selections, poetry, readings and other requests are accomodated. White Cap is equipped with a CD and Cassette Player. Please alert the Captain in advance if you will wish to play music or other selections during the ceremony.

Musical selections, poetry, readings and other requests are accomodated. We are  equipped with a CD, Cassette Player and IPOD. Please alert the Captain in advance if you will wish to play music or other selections during the ceremony.

We have several pipers from Maine to Miami, local to us in New England is: 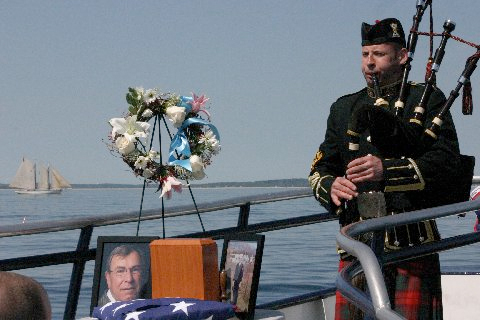 Having recently moved from Scotland, David has been playing the bagpipes for 28 years, as a competing piper he has won numerous awards, he has 5 world championship titles to his name two of which he was Pipe Major.

David is featured on over 20 Cd Albums and he recorded the Album ‘The Lone Piper’ which became a best seller reaching No 2 in the Scottish album charts and the top 10 of the American billboard world music charts. He travels internationally to play the bagpipes for clients professionally and recently he toured the U.S.A with the Irish Guards and the Royal Regiment of Scotland in association with Columbia Artists performing in over 30 States and has played for the Royal Regiment of Scotland in Switzerland as part of a Military display titled ‘The Basel Tattoo’ to an audience of over 85,000. He has played in 12 different countries and his brother pipes for the Queen of England. 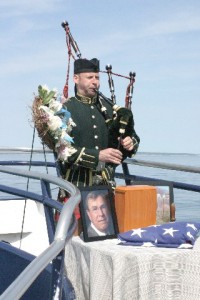 When it comes to the Tune list I could sit all day writing down the many tunes I know but its not how many you know its how well you can play them !!!