“His Final round the harbor cruise” 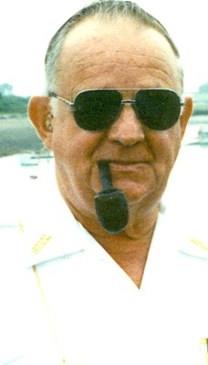 Event Location: Scituate Harbor – Jericho Road Ramp, Town Pier to the Lighthouse entrance and back to the harbormaster office

As a professional courtesy to retired, late Scituate Harbor Master Elmer Pooler, Captain Brad White –Founder of New England Burials At Sea has offered the Pooler family at no cost to them to take his casketed body aboard the vessel White Cap (Loading at the Scituate Jericho Road Ramp) for his final “Round The Harbor Cruise” out to the end of the Scituate entrance Jetty / Lighthouse for a quadruple cannon fire salute and flower drop at sunset in his honor to thank him for his over 30 years of service to the town of Scituate.

The vessel White Cap will be dressed with nautical flags translating to, “Thanks Elmer”

8:15 PM Load Mr. Pooler’s casket at ramp dock at Jericho Road with 4 immediate family members, a funeral director and our crew of two.

8:30 PM Cruise back to the inner harbor near the harbormaster’s office with an eight bell end of watch blessing and raising of the burgee with flower drop in front of the harbormasters dock then circle back to Jericho Road ramp to complete his final round and his trip back to the funeral home for his funeral mass the following day in Scituate with traditional in ground burial.

All times are approximate and fortunately Tuesday is the longest day of the year so twilight will be on our side.

Folks can watch from either the Scituate light house or Scituate harbormaster office area if they so wish and or are welcome to follow in their boat in a procession.

The White Cap plans to depart the Jericho ramp at 8:15 PM and we will start the procession in the outbound harbor channel near the Scituate Town Pier at 8:20 PM.

Elmer E Pooler “Jr.”, 90, of Scituate, died peacefully on June 16th, 2016 surrounded by family and loved ones. He was the beloved husband of the late Ruth, Marion and Anna Pooler, loving father of Sharron, Ruthann, Allen and Cheryl and step father to Russ King, John, Bill and Bruce Simons. Also survived by 17 grandchildren, 18 great-grandchildren and too many friends to list.  Elmer had many passions during his long life. His love of speed led to both motorcycle and stock car racing. He was a well-known midget and stock car racer at Norwood arena until his racing career ended in a horrific accident in the early 50’s. He worked as a welder at the Quincy Shipyard during World War II, but his specialty came later when he worked on some of the first radar antennas at D.S. Kennedy in Cohasset. This work brought him to Scituate and even closer to his other love, the ocean and his all-time favorite job, Harbormaster. Elmer gave his care and watchful eye to the boaters of Scituate waters for more than three decades. He served thirty-four years in the Harbormaster’s department; twenty years as assistant working the midnight shift and fourteen years as Harbormaster. Even after retiring in 2003, Elmer could be seen around town in his “EEP” mobile continuing his watch over the harbor activities.

In lieu of flowers, donations can be made to the Shriners Hospitals for Children, 51 Blossom Street, Boston, MA 02114, Note: Elmer E. Pooler, Jr. Memorial Fun